Official Synopsis: Frank & Penelope is a tale of love and violence when a man on his emotional last legs finds a savior seductively dancing in a run-down strip club. And a life most certainly headed off a cliff suddenly becomes redirected – as EVERYTHING is now worth dying for.

Frank & Penelope billboard lights up the Sunset Strip in West Hollywood for all oncoming drivers and commuters, leading up to the theatrical release. 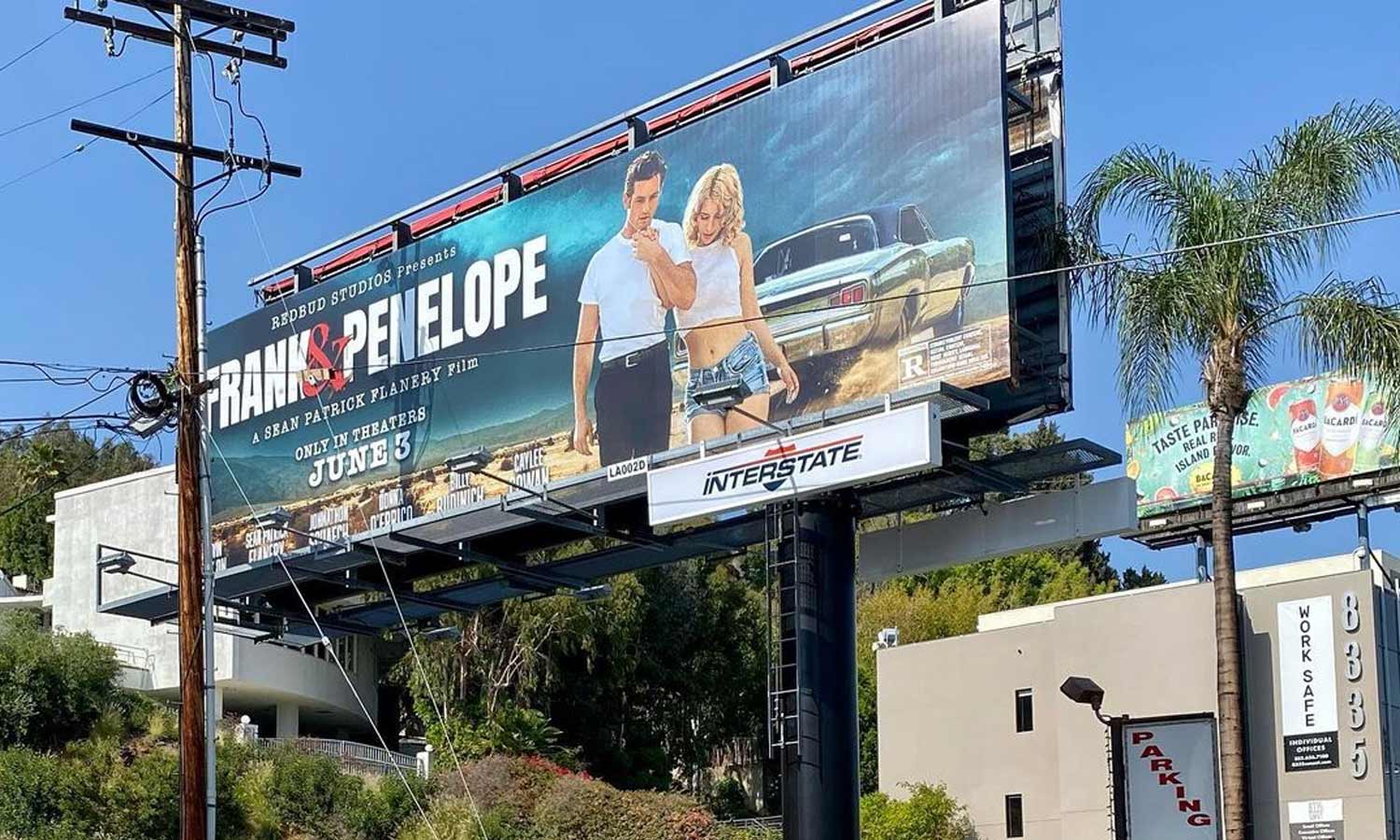 “There’s more than a little bit of fun to be had in this oddball little throwback, filled with mischievous glee and a sullied heart of gold.” – Austin Chronicle

“The Boondock Saints actor Sean Patrick Flanery’s feature film debut as a director, Frank & Penelope, is a callback to the rebellious outlaw attitude of certain movies of the 1990s, such as True Romance and Thelma and Louise. Written by Flanery, from an original story by John Thaddeus, the picture is an offbeat, twisted thriller about love, violence, psychopaths, and redemption. Of course, this type of film isn’t for everyone, but that’s what indie filmmaking is all about.” – Film Threat 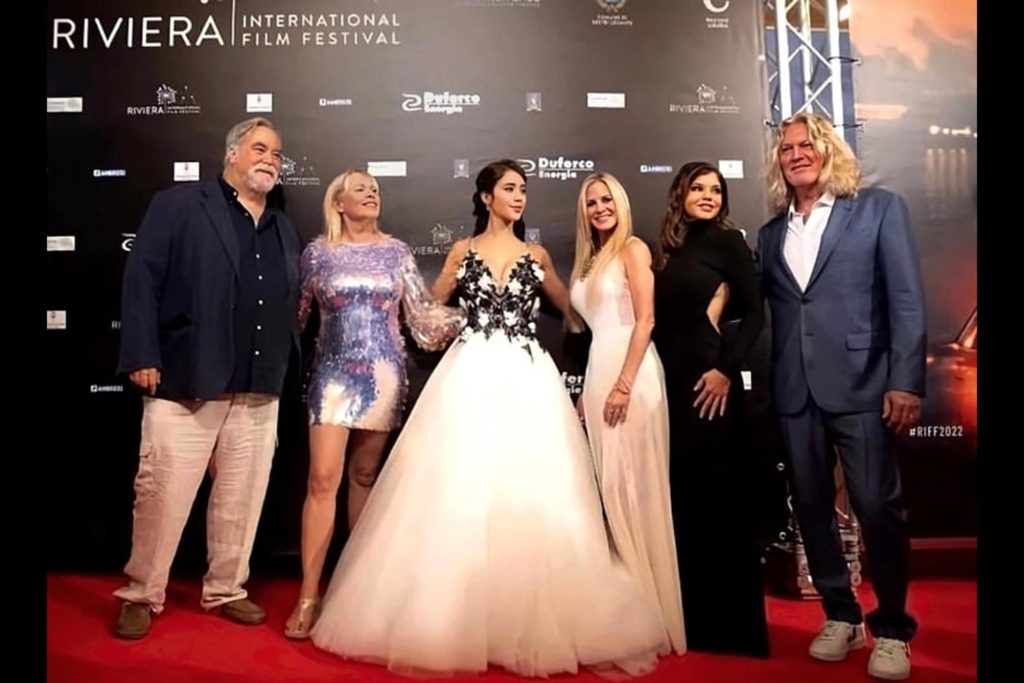 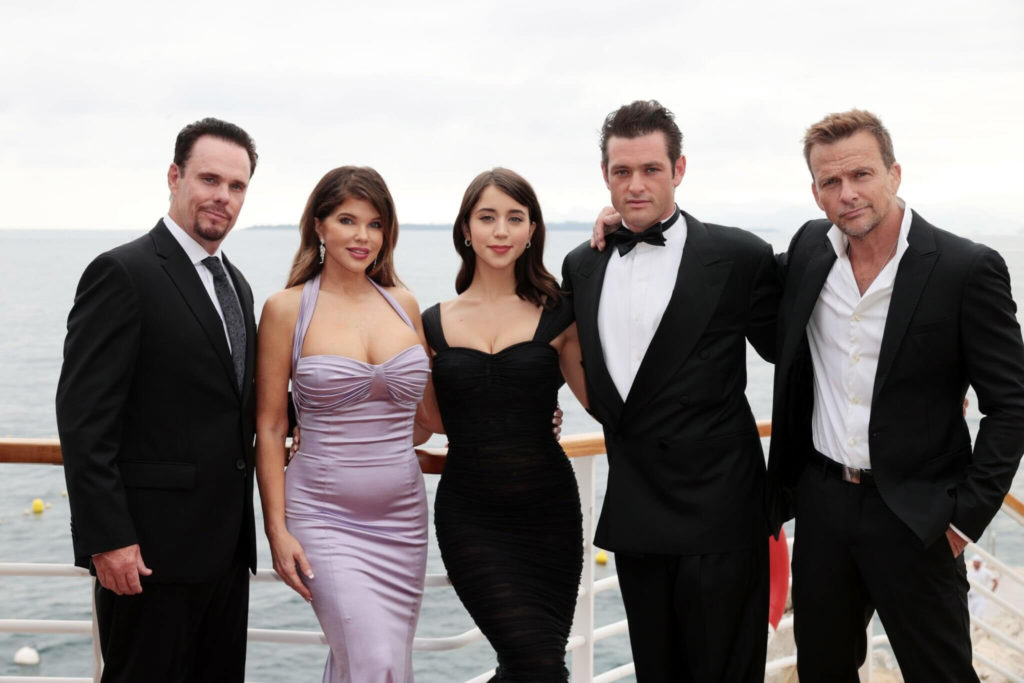 Redbud Studios ramped up its digital marketing for the promotion of Frank & Penelope. Services included Search Marketing, Display, E-mail and Social. As part of the digital and marketing promotion, Redbud Studios is awarding $24,824.04 to one lucky fan via consumer sweepstakes as a tribute to the precise amount of money remaining in the bank account of the main characters before they start their road trip.

Actors Kevin Dillon and Sean Patrick Flanery joined KTLA-TV bright and early from the French Rivera, a day after the thriller “Frank & Penelope” screened at the annual Cannes Film Festival.

After having considerable experience in front of the camera, Flanery was behind the scenes on this project as the film’s writer and director..

“Our first day was one of the heaviest scenes in the entire film. That was my favorite day, it was where a majority of the heavy lifting came in. When I saw them [the cast] absolutely destroy those scenes, it was amazing to see. Somebody far wiser than me said, “if you cast it correctly, you can pretty much just sit back and say, ‘go and stop.'” That’s essentially what I did. I had a great time on the film. But after that first day, it was very relaxing.” – Sean Patrick Flanery | Gamerant.com interview

Available on DVD and Blu-Ray

Submit Your Film For Consideration